We had just moved into my husband’s farmhouse. The bills  kept coming in and we couldn’t keep up. We were spending our money as soon as it came in. We were STUCK. The worst of all, there was a LOT of fighting going on between me and my husband.

Walking into the house felt more like walking into a war zone than a loving home!

Then one day I saw an ad for Feng Shui Mastery pop up in my Facebook feed.

I am a firm believer that things happen for a reason and whether you want to call it god, fate, or the universe, I know SOMETHING put Patricia infront of me.

My husband is a very traditional Irish dairy farmer and when I first told him about the course he said: “This is just “wu-wu” nonsense, this will never work!”

But, I implemented the plan Patricia lays out to use Feng Shui to gain publicity… and it worked!

I‘ve been featured on national television and published in multiple major newspapers and magazines all across Ireland… and just when i thought it couldn’t get any better… I won the Award for Business Innovation at the West Cork Businesswoman of the Year Awards!

Plus, now I have a two month long wait list of my dream clients waiting to work with me!

I can honestly say that this course has paid for itself several times over with all the financial blessings and new publicity I’ve gotten over the last few months.

Let’s Go Get You Your GOOD LIFE 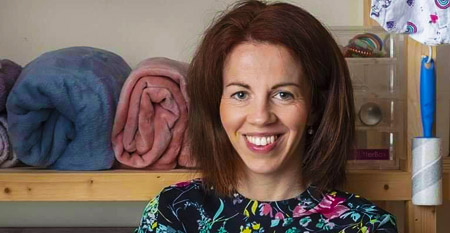