This well-travelled couple got married back in 2008 in Peru. In their own words, “we’re a bit out there.”

Dave took care of his mother for a good chunk of that marriage until she passed away and left them a house a mile from the centre of Manchester, UK. The two-bedroom place with a terrace was where Dave was brought up, so it had a special emotional charge for both.

As the house was still emotionally and energetically charged, this was an ideal opportunity to renovate from foundations, strip it from the past and make it their own.

The neighbourhood was a bit dodgy — to put it mildly. Soon they discovered the thousand pounds worth of cannabis farm next door (with police refusing to help out).

The issue with neighbours pushed Elyse to enrol PowerHouse (without telling Dave at first) and start implementing remedies.

Within weeks the cannabis farmers were gone!

With so many people coming and going in the neighbourhood, Elyse decided to put a cactus in the garden.

The next day they got a first “Hello” from their other neighbours — after not being spoken to for months.

Dave got on board with Feng Shui quickly after. Huge shifts in their household ensued.

He wrote his first ebook, completed the audiobook recording, made 5-figures — for the first time and got booked for months in advance.

To say his business was thriving would be an understatement.

For the first time in their life, both of them were able to focus on themselves and meet their own needs instead of others’ needs.

Elyse got a job in 2020 — while everyone else has been laid off — which was an excellent opportunity to start bringing more plants into their home.

This became something Dave and her bonded over, choosing and buying things that they both liked and enjoyed.

Finally, things got so good money-wise that Dave told Elyse she doesn’t have to work anymore.

What do they have to say about PowerHouse Feng Shui? “We talk to the house now. We’re just so grateful. Just do it. If you’re holding back, just do the monthly payments. It’s that simple.”

Let’s Go Get You Your GOOD LIFE 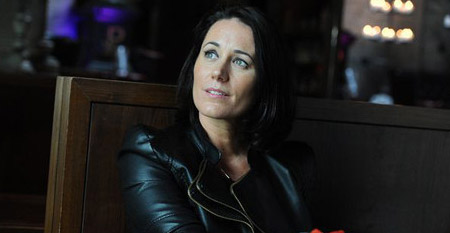